You're in good hands with us. We provide qualified therapy solutions and professional advice. Your health is our priority. 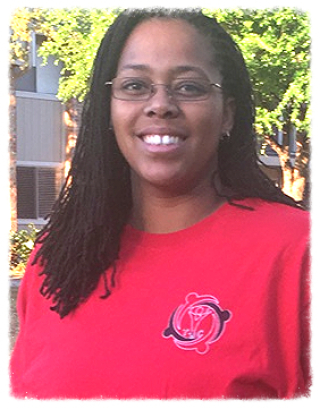 Masters of Science in Physical Rehabilitation

Bachelors of Science in Fitness and Wellness

A native of Chicago, where she attended and graduated from Harper High School and whose main interests were sports focusing primarily in basketball. After High School she went on to attend South Suburban College on an athletic scholarship and continued to pursue her interest in basketball. During her freshman year, she was the team's driving force leading to the NJCAA (National Junior College Athletic Association) championship. She was later recruited to attend Upper Iowa University (UIU) where she continued her basketball career. During her time in Iowa, Ms. Carter joined the Iowa Army National Guard. In June of 2009 Ms. Carter graduated from UIU with a B.S. in Fitness and Wellness. Later she was promoted by the Iowa Army National Guard to the rank of Specialist a position which she still holds today.

Ms. Carter enrolled in California University of Pennsylvania (calu) in pursuit of a M.S. in Physical Rehabilitation.  She completed this program in July 2014.  TC also is certified in Fitness Therapy through the International Sports Science Association (ISSA) and Corrective Exercise through the National Academy of  Sports Medicine, which will allow her to develop a higher level of fitness, wellness, and rehabilitation awareness. She is a proud graduate of The Soma Institute for Clinical Massage Therapy. Her future goals are to achieve the highest level of Personal Training and Massage Therapy excellence.﻿